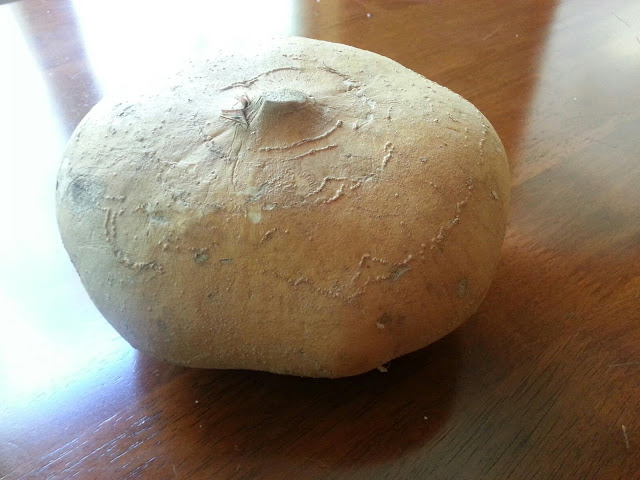 JICAMA (HIK-ka-ma)
A slightly sweet flavor
Jicama is a root vegetable that very closely resembles a white potato in taste and texture EXCEPT  that per cup jicama contains about only 5 carbs compared to a white potato containing 31 carbs! After learning that amazing fact, I put this odd looking veggie on my grocery list. I thought maybe i'd have a hard time finding it, but it is actually not a seasonal vegetable and can be bought year round at many local grocery stores. I bought mine at Walmart. I've probably been seeing it my whole life but never thought anything of it...except that it was weird looking and had a funny name.
Two weeks and two Jicamas later,
i've explored 5 different ways
to enjoy this low carb super food!
Baked Jicama Fries
These were simple enough. Peel your jicama first and then cut into slender fries.
Toss with olive oil and seasoning. I just used sea salt and ground pepper, but you can experiment with different flavors! Bake at 375 for an hour...or more. 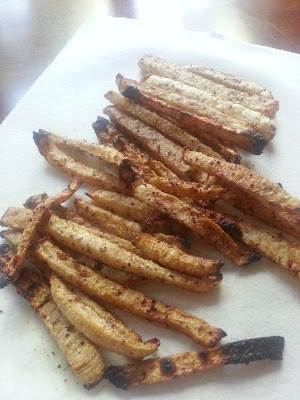 Verdict
They are tasty but never get soft on the inside like regular fries. After about 2 hours I put mine on broil to see if they would crisp up and I burnt some of them a bit. Again, they are good, but I actually liked them better just RAW with all the seasoning on it.
Raw Jicama
I discovered that I REALLY like raw jicama
Salt and Peppered
I just did the same thing as I did for the fries (peel, cut, and toss with EVOO, salt and pepper)
but skipped the baking. 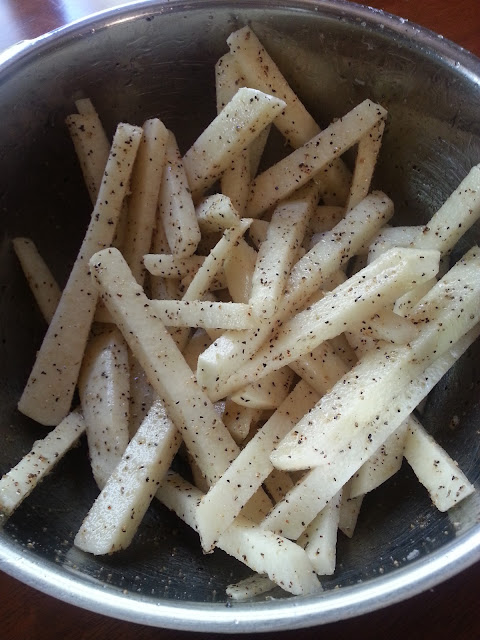 Verdict
Really good and super easy!
Pesto Jicama
I loved the salt and peppered raw jicama so much that I was really wanting to rev up the flavor.
I LOVE pesto so I couldn't resist trying this.
Cut into sleder "fries," toss with EVOO, a bit of salt and some pesto sauce. 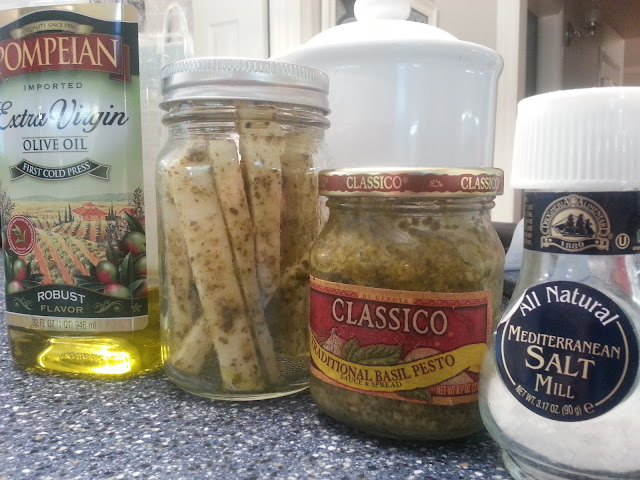 Verdict
Soooo good! I recommend eating these within a day or so or else they tend to get a bit soggy.
Jicama Mashed "Potatoes" or as I like to call them "Jicamataters"
Jicamataters are a true labor of love. After peeling a whole jicama, I cut it up into chunks and boiled them for....hours. I'd say a good 5 hours! I just kept adding water and checking them with a fork but they would never get as soft as I was expecting them too. I finally just took them out and drained them them put them into a blender, adding a bit of milk so they would get soft and able to be "blenderized." I was praying these would be worth the full day of cooking and ohhhh they were! I added some salt and pepper, cheddar cheese, and a bit of sour cream. It is so close to real mashed potatoes that I was in heaven! It has been YEARS since i've eaten real mashed potatoes so this was worth the trouble and time it took to make them. 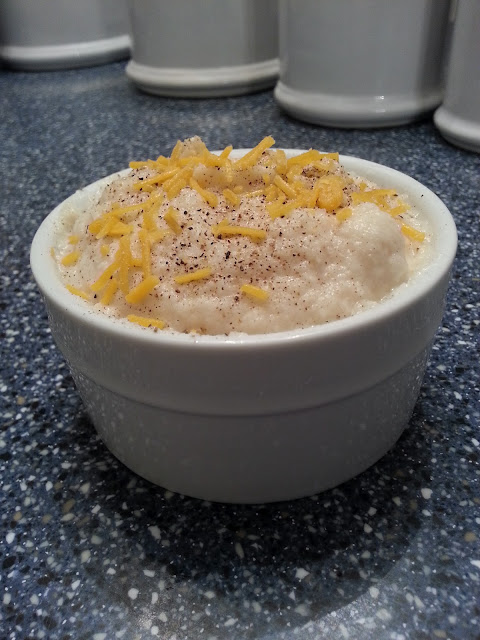 Verdict
Again, these are amazing... they just take so much time! However, I think maybe I cooked them so long because I expected the jicama to get soft. The fact is, Jicama just doesn't ever get very soft. So, I actually probably didn't need to boil it that long. I'll have to experiment with it again sometime!
Baked Jicama
as a Baked Potato Substitute 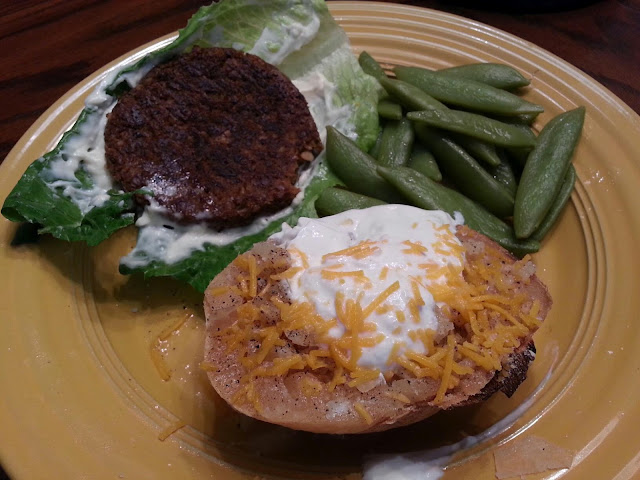 This time I didn't peel the jicama. I pierced it a few times with a knife first (or else it will explode in the oven,) and then wrapped it in tin foil and baked it on 350 for a loooooong time. Again, I kept expecting the jicama to get soft like a real baked potato so I actually probably didn't need to bake it for 5 hours. I'll have to reexperiment with it next time. An hour and a half may have done the trick.
Verdict
The jicama potato was OK. Not great, but not horrible.
I would much rather make the jicama mashed potatoes again instead!
TIPS
The biggest thing to remember about cooking jicama is
that it will NEVER get as soft as a real white potato.  Thats the most important thing I learned. I kept cooking it for hours and hours expecting it to, but in reality I was cooking it longer than it needed to be just because I thought it would eventually get soft.
Experiment with raw jicama. It is so good and you can customize it with lots of flavor!
There are LOTS more ways to enjoy Jicama!
TOP 10 WAYS TO ENJOY JICAMA
﻿
Posted by Unknown