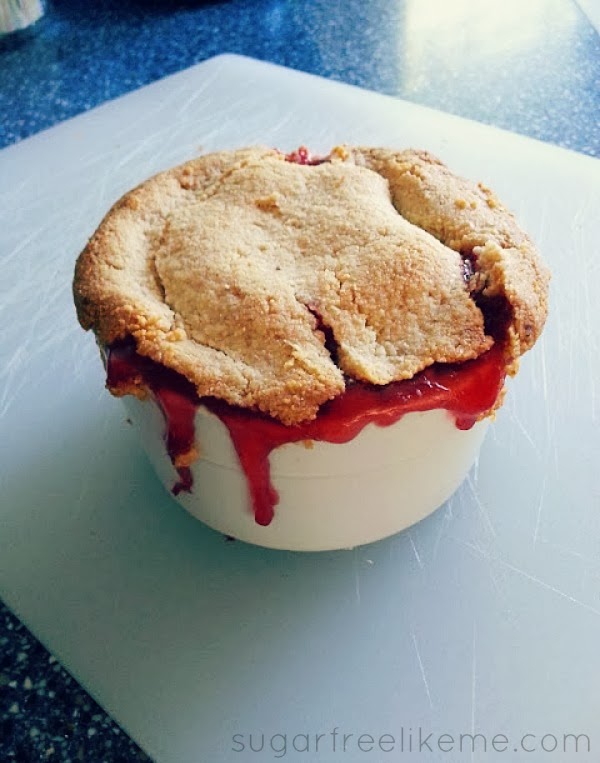 I've made a sugar free low carb cherry cheesecake BEFORE, using a totally different kind of recipe, which I really did like and it was quite a welcome treat, BUT I've really been craving a cherry pie!
I must say that this is the yummiest sugar free/low carb dessert that i've ever tried!
I am a cherry pie lover and I was so happy that this was so true to a "normal" cherry pie that I just went ahead and ate it for dinner! I think what I appreciated most about this recipe was that it had
crust..lots of crust!

OR you can do what I did and make a mini pie!

Instead of spreading my pie crust in a pie pan, I used a small Ramekin so I wouldn't have to double the recipe for SIDE CRUST or even triple it to add top crust (and I reeeally wanted all the crust I could get, but did NOT want all the extra carbs) So I sprayed it with pam firsst and then pressed in half the dough for the bottom and sides, then baked it at 350 for about 10 minutes to brown it a bit.
**You could also use a pam sprayed muffin tin as well** 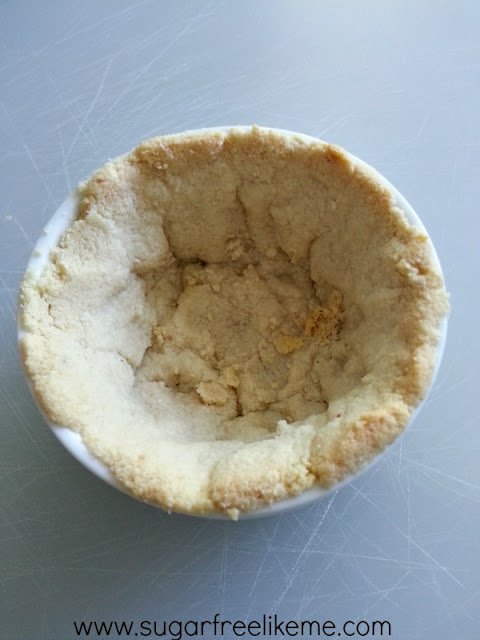 After browning the crust a bit, I added 1/3 cup of Sugar Free Cherry Pie Filling (Great Value Brand)
which contains 8 carbs per 1/3 cup. I then flattened out and put the remaining dough on top and baked it at 350 for about 20 minutes or until bubbly.  I also put tin foil around the sides of the crust to prevent overbrowning. 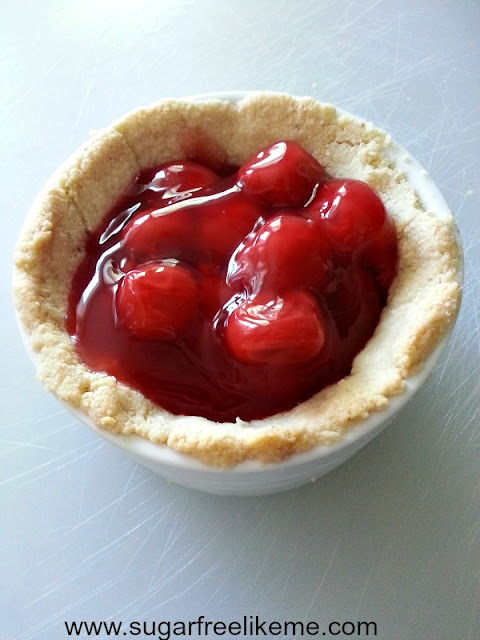 TADA!
Almost too pretty to eat. HA, whatever! I ate this thing for dinner--in about 2 minutes.
The best 2 minutes EVER! 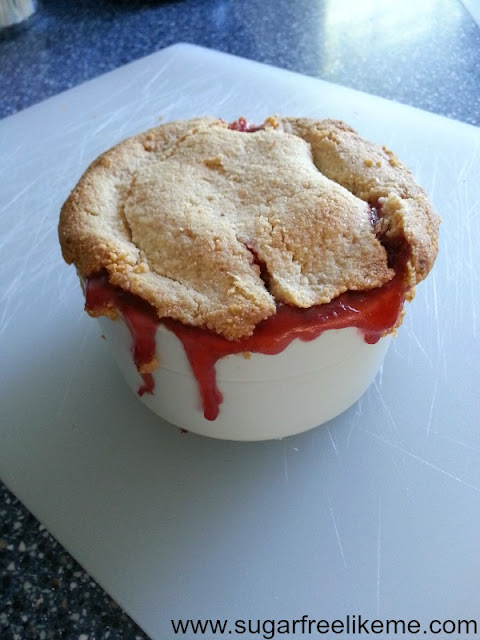 Total Carb Count: 24 carbs!
Compared to the average cherry pie which contains about 60 carbs PER PIECE!
Granted, 24 carbs is just about what I normally eat in a day and for the most part I do try to avoid artificial sweetener but once in a while I just need dessert! This was exactly what I needed to feel like I "cheated," but without throwing me totally off track and my blood sugar out of whack. 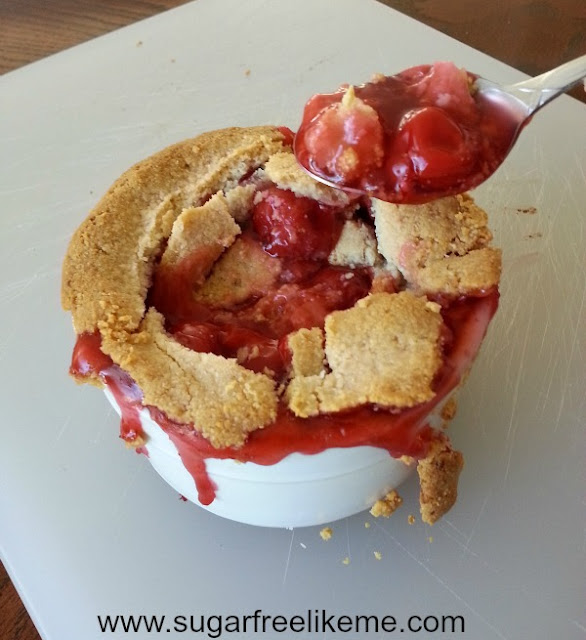