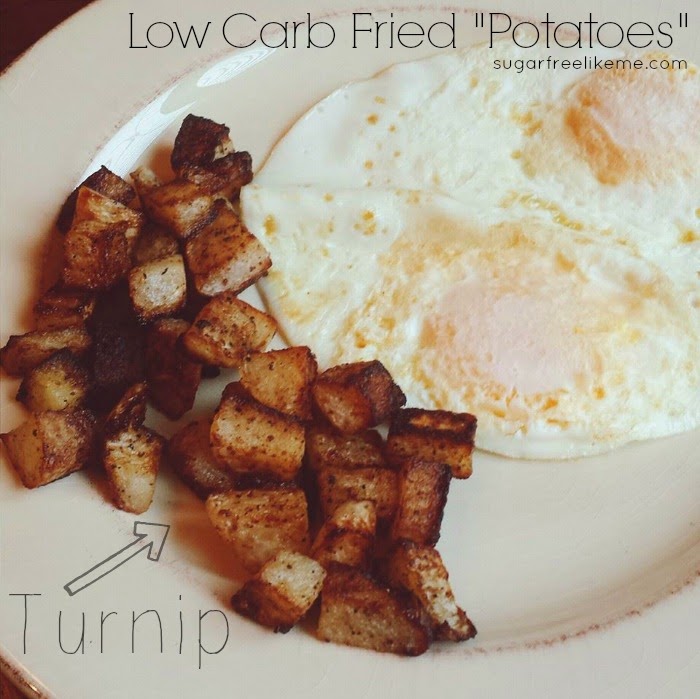 After being give a giant white turnip at this farm my family volunteers at, I gladly took it home but wondered what the heck to do with it...I'd never eaten a turnip before! I did already know that turnips were low in carbohydrates though so I was excited to add this to my non starchy veggie repertoire if I did like it.

After googling "turnip recipes" the ones that were sticking out the most to me were "fried." I didn't even look at a specific recipe, I knew immediately what I HOPED my turnip would turn out to be on my plate in the end...a replacement for fried potatoes. Man I miss those! Well, these turned out to be so much like the "real" thing that I couldn't believe i've lived my low carb years not knowing about turnips! They become soft like potatoes, and didn't have a turnip-y taste to them at all.

1. So I peeled it and then cut it up into about 1 inch pieces, put them in a bowl and tossed with olive oil. Then I seasoned them with garlic salt, onion powder, and pepper. No measurements here, I just eyeballed it. You can season these to your preference. However, you don't want to overdo it on the seasonings here because you can always add salt to your liking when your done, but you can't undo over-seasoning after it's cooked. 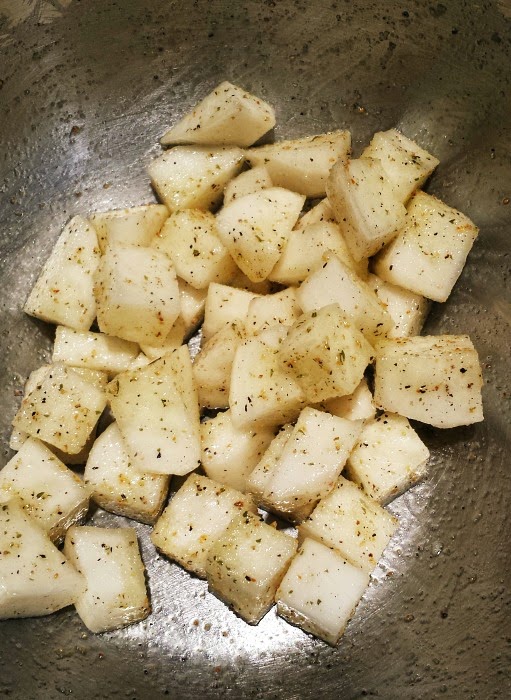 2. I added some canola-olive oil and a bit of butter to my frying pan and then heated to medium heat. I threw in my turnips and covered them for a bit. Covering them helps to soften them up (just as you would when making fried potatoes.) After about 5 minutes I uncovered, turned them over, and covered them for about 3 minutes more. After poking them with a fork to check if they were soft, I uncovered and upped the heat to medium-high then fried as normal. Brown them to your liking. **All stoves are not created equal, so your covered and frying times may vary. Basically you just want to cover them until they get soft, then uncover to fry as normal and let them crisp up a bit.**

Transfer to a paper towel when they are done. 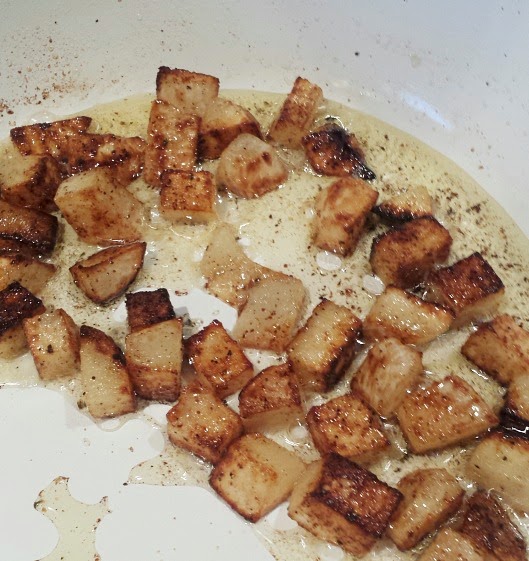 This was my first attempt at these and they were delicious! I made a whole meal out of just the one turnip. I sauteed the turnip greens with butter and sea salt and had the fried turnip "potatoes" as well. After these turned out so well, I went to the store to stock up on plenty of turnips. 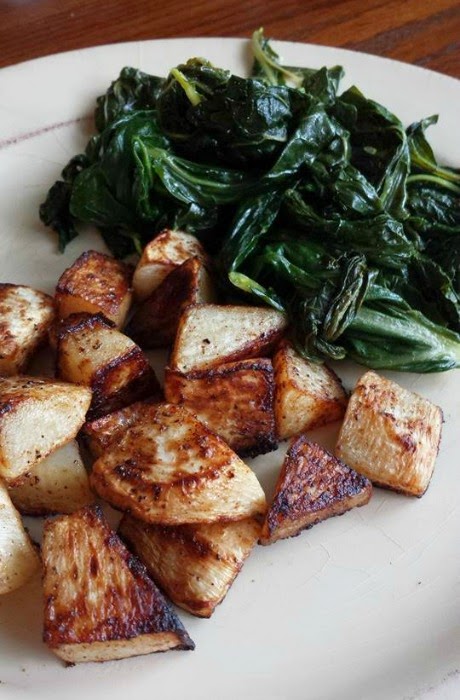 And then I finally made them as a breakfast side...ahhhh just like old times. 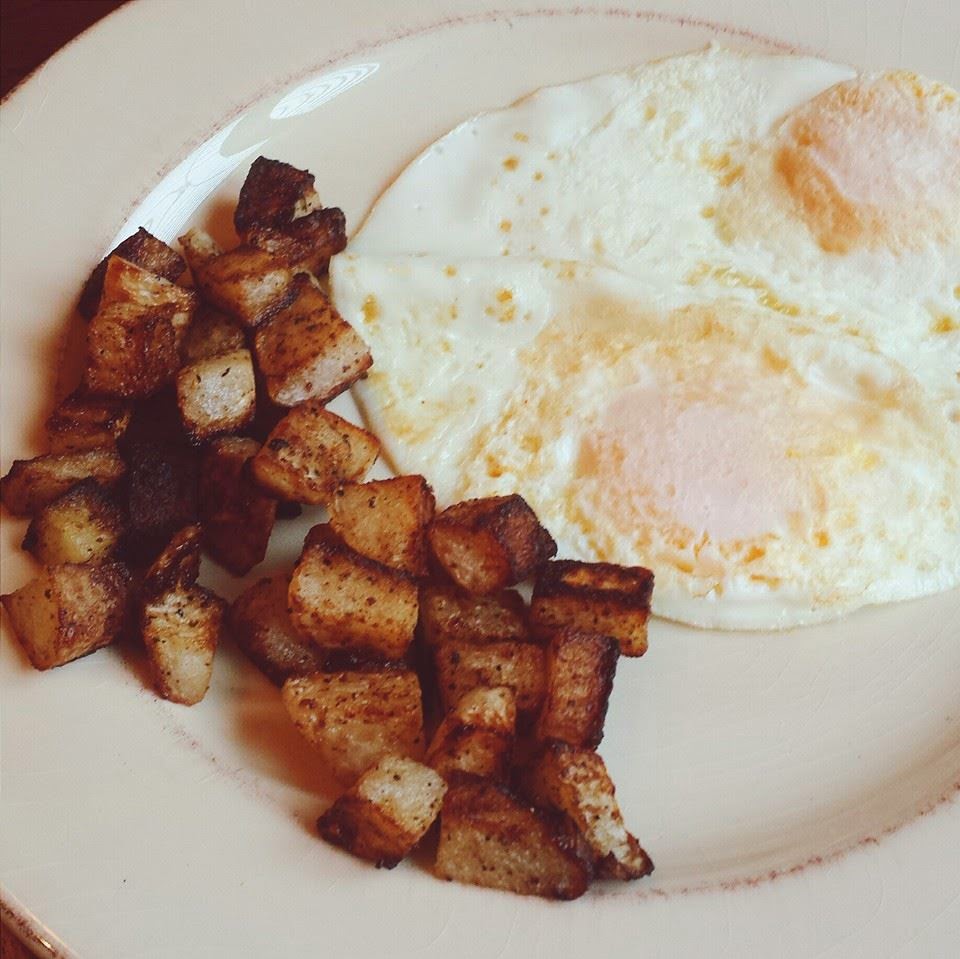 Note to the low carber: These are turnips, not potatoes, and if you go into this thinking they should taste EXACTLY  like potatoes you'll probably be disappointed. Give yourself a little mental wiggle room. I will say however, that I couldn't believe how much they DID taste like fried potatoes! I'm sure seasoning played into that a lot, so if you try them fried plain I don't know how similar in taste they will be. I absolutely loved them like this and will be making these a lot as well as experimenting with other turnip recipes.

Also, though i've not tried it, i'm quite sure you could bake these if you'd rather. I may try that next time as well! Let me know if you do, and how they turned out :)

PS: I've been receiving a lot of "hate" comments on here and Pinterest from people who try my recipes and don't find them to their liking. Cooking styles differ, taste buds differ...and I only post what I eat as SUGGESTIONS for other people who are trying to live with less sugar and less carbs. To each his own, and I although I absolutely don't mind if you let me know if you've tried something i've posted here and you just didn't like, I definitely appreciate when you can say it without being mean. Thanks to you all!